A History of Football

They've been playing forms of football, or soccer, in South Australia since the 1850s when John Acraman imported five round balls from Britain. The game suffered from stops and starts in its formative years and was eventually overcome by a version of football introduced from Victoria in the 1870s.

However, soccer did not disappear. It lay dormant for a number of years as those committed to its development continued the practise of 'hunting the leather' in small scratch matches around Adelaide parklands. Organised competition in Adelaide was eventually formally started in 1902.

With the spread of migrants and railway tracks, the game made its way into the Adelaide Hills with matches being played in Blackwood and Lobethal in the 1910s and 1920s.

The town of Woodside, forty-odd kilometres from Adelaide, was founded in the 1850s and built up around the business interests of the Johnston family who were successful brewers. However, the area became better known latterly for the local air defence barracks and immigration holding centre, both of which were to be sources of Woodside's initial soccer representation.

The town can rightly claim to be the birthplace of established football in the Adelaide Hills when a team of interned migrants formed a club in 1949. This Woodside United team were immediately successful but folded within five seasons. Not until 1966 do clubs appear again in the Hills with the formation of Lobethal and Mount Barker. Lobethal disappeared after just one season but Mount Barker continued and were joined, in 1971, by Woodside Area, a club formed by those stationed at the army barracks and tellingly nicknamed "The Gunners".

This Woodside team existed from 1971-1974 when they folded but in 1978, Woodside had a third historical club emerge when Hills District United moved from playing home games at Mylor Oval to residence at Woodside Oval. Among the developments at the Woodside Oval during this time was the extension of the clubrooms by volunteers at the soccer fraternity.

Through the early 1980s only Woodside (Hills Districts United) and Mount Barker (Adelaide Hills-Onkaparinga) were fielding senior men's football teams. However, by the end of the 1980s they were joined by Strathalbyn, Heathfield and Meadows.

However, in 1991, Woodside had no soccer representation as Hills District United cease operations. Stirling Districts and the Adelaide Hills Hawks clubs both formed in 1991 and the region had a third club join them in 1992 when Woodside's fourth soccer venture was formed. Known as "16 Air Defence Regiment", abbreviated to 16AD, this was another barracks-based team but they lasted just two seasons before disappearing from records.

The Adelaide Hills Junior Soccer Association, formed in 1979 to provide an opportunity for local kids to play the game, eventually becomes the competition that a new Woodside club, the Woodside Warriors, would enter after forming in 2005.

This fifth club to reside in Woodside was formed for Juniors and, with those kids seeking to continue to play beyond their childhood, seniors were inevitably formed for entry into the Collegiate League for the 2014 season.

The Woodside Warrriors men made their competitive debut in a CSL Cup Round 1 match at home to Christian Brothers College on 5th April 2014. Unfortunately, the game ended in an ignominious 7-0 defeat but, for the record, the starting eleven that day was as follows: Billy Hyder, Bruce Tonkin, Callan Marshall-Hart, Dale Robinson, Declan Bucco, Daniel March-Feltham, Liam Bucco, Lee Maker, Liam Harding, Matt Thoday and Nat Badger. Zac Ferguson, Matthew Owen, Thomas Pett and Kym Herrman were on the bench.

Woodside's first modern-era League game was a CSL Division 5 match away to Blackwood on 12th April 2014. This also ended in defeat but the Warriors did score their first competitive goal in the 5-1 loss, courtesy of Zac Ferguson.

The first competitive league points were secured on 26th April 2014 when the club drew 2-2 with Unley at Woodside. Liam Harding scored both goals. The Warriors had settled into their stride a week later, on 3rd May 2014, when they won their first League game 5-4 away to Westminster. The five separate goalscorers that day were Billy Hyder, Matthew Owen, Liam Harding, Matt Thoday and Zac Ferguson.

Woodside finished 5th out of nine teams in that inaugural season. 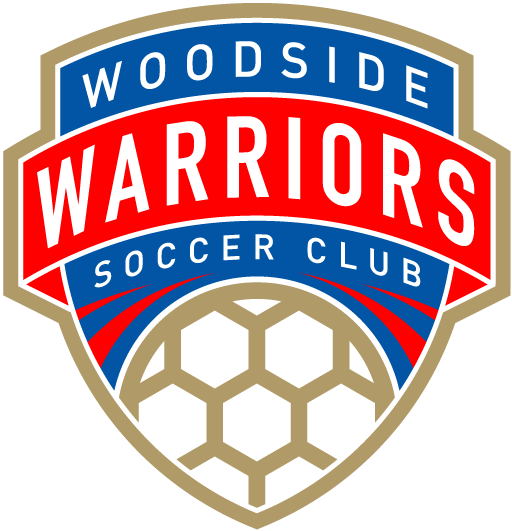 Not part of the club? Or maybe you are but you don't get the newsletter? Maybe you're a fan of one (or all) of the players? Whatever the reason, it's fine. Sign up to our newsletter here.